At Xmas 2022 we sent a message to the corrupt, inept cunts in charge.

FUCK THE T*RIES by THE KUNTS was #7 IN THE OFFICIAL XMAS CHART.

Before the Simon Pegg mix,  we already released 20 different mixes of Fuck The T*ries. Each counts as a chart sale - 20 mixes = 20 sales.
The most cost effective way to download all the mixes is 20 for under a tenner from Bandcamp

11 - The Kunts vs Cassetteboy 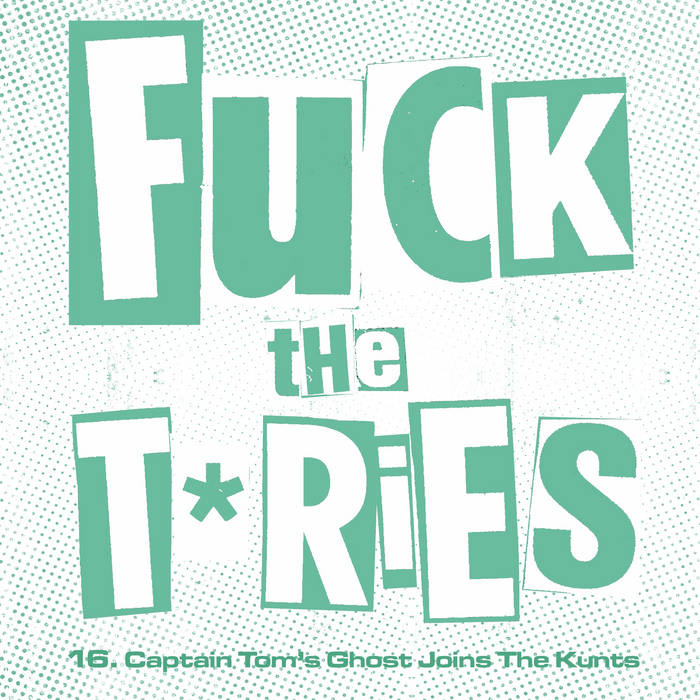 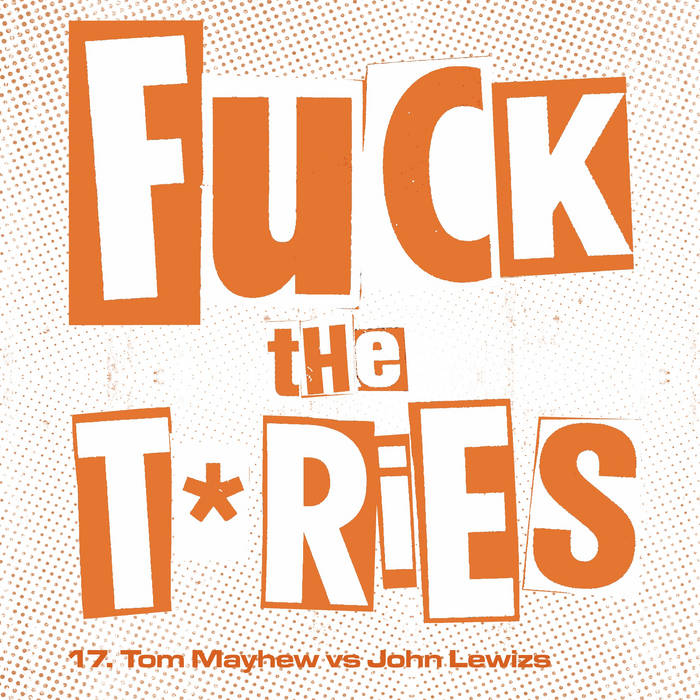 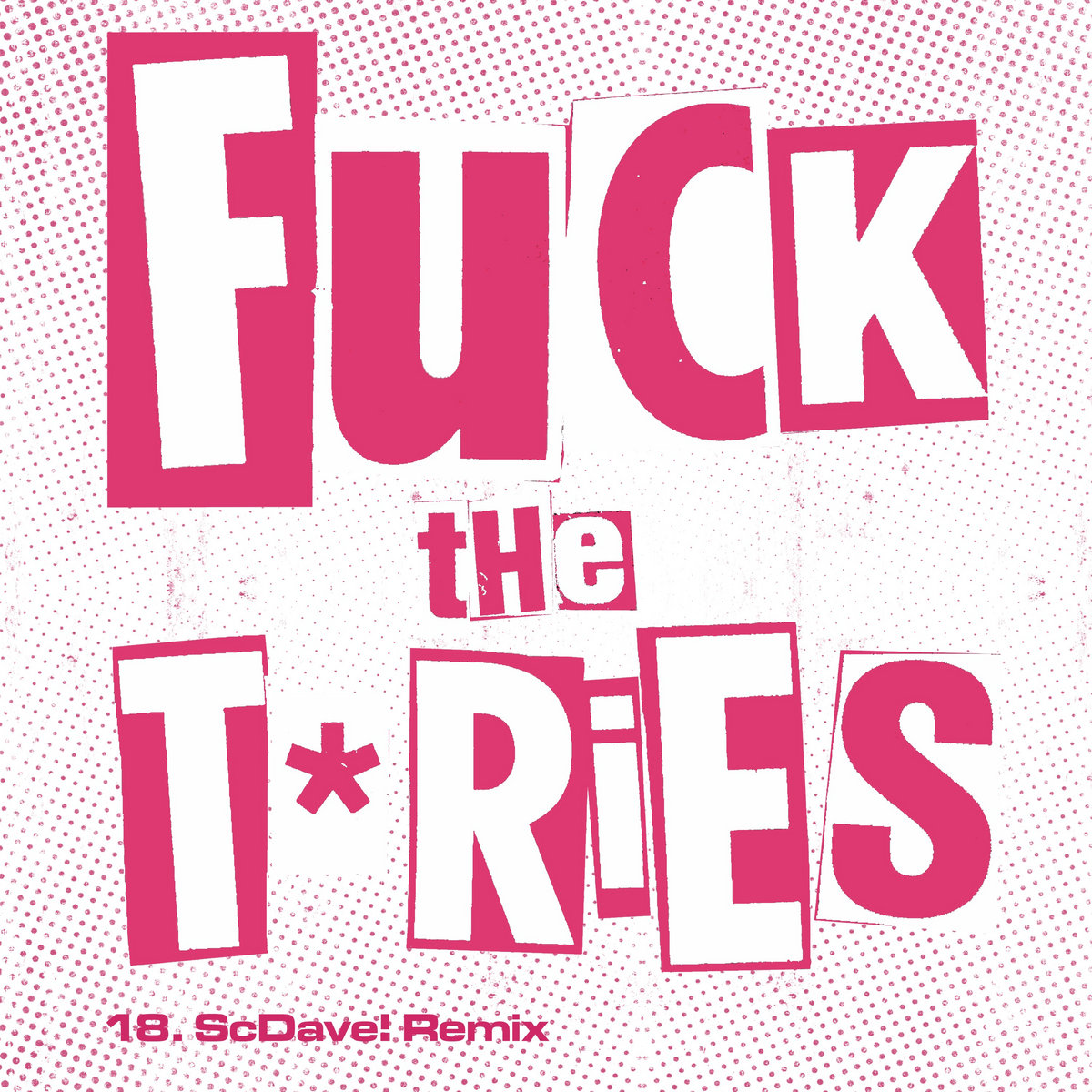 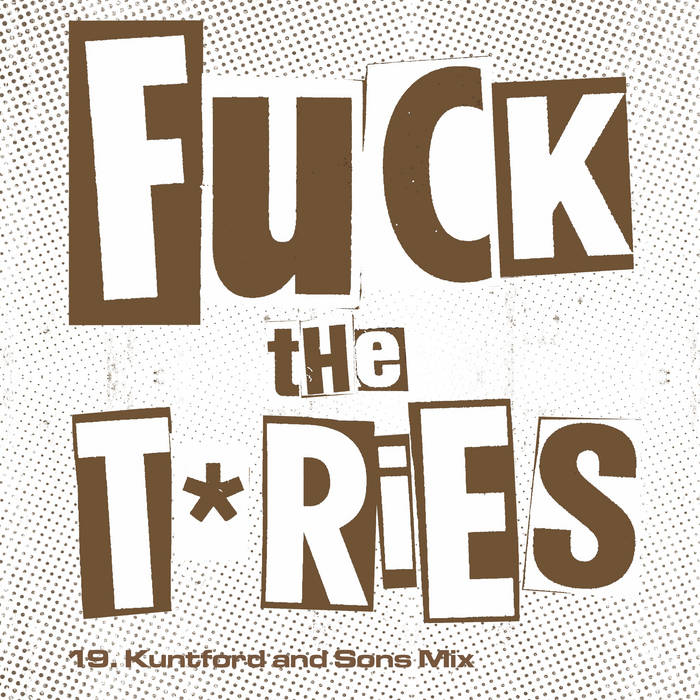 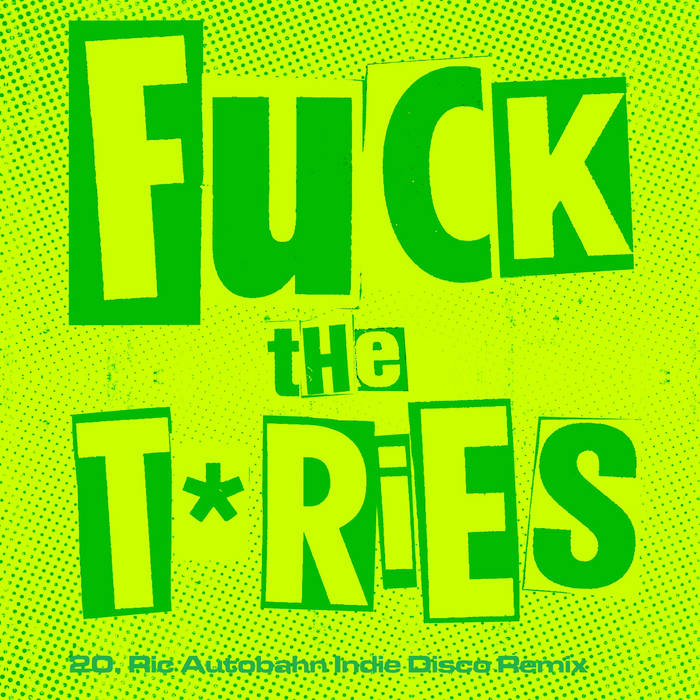 IMPORTANT!!! You have to download the track for it to count as a sale.

These are our carefully curated playlists.

If you have problems getting ours to work, make your own using all 15 versions on the main platforms. You can play on repeat and leave it playing at night or all day. You can stream on multiple platforms.  Remember not to mute, and crossfade to maximum if you can.

Help spread the word by sharing on WhatsApp or social media.

* CASSETTEBOY * ARMAGORTION * SOME FLUTE SHIT * HONESTLY, WE'LL HAVE ANYONE

Get the latest important campaign updates straight in your box

HELP US SPREAD THE WORD

What are you hoping to achieve?
To get a song called Fuck The T*ries to number 1 in the UK Christmas chart.

When is Fuck The T*ries released?
Friday 16th December. Sales close at midnight on 22nd Dec for the chart on Friday 23rd.

When can I hear it?
Really soon! We are just finishing the video and getting the remixes together.

What can I do to be most effective?
1. Sign up for the mailing list. We won't pester you lots, just with essential info. Social media algorithms stop you seeing our posts.
2. Activate notifications for our Facebook / Twitter / Instagram. The hardest thing for us is to beat the algorithms and get the information out to people so every time you share or post it really helps.
3. DOWNLOAD - STREAM - SHARE
a. Download as many of the different versions as you can - each counts as 1 sale. (Links to follow soon)
b. Stream our carefully curated playlists on a premium streaming account. (Links to follow soon)
c. Keep sharing, commenting and spreading the word before and throughout the week of release on your socials and WhatsApp (try and include www.theconservatives.info every time you post).

We realise times are hard and not everyone will be able to afford to do everything, so anything you can manage is greatly appreciated and does make a difference.

Why?
Because Christmas Number 1 is a high profile but achievable target. It does not begin to make up for 12 years of heartless government, punishing the poorest, appalling decision making, mismanagement of our money, wrecking the economy, corruption, lies and sleaze but it's a protest we can make which will be a massive embarrassment for the government not just in the UK but around the world (The previous Boris Johnson campaigns were reported as far afield as the U.S., South Africa, The Netherlands and Hungary), and something the government and their media teams will have to firefight or pretend to ignore all over the Christmas period.

But what will that actually achieve?
It's the easiest thing in the world to sit there and say things are pointless. Until we all voice our discontent with the way things are being run, nothing will change. If you don't do something, you just do nothing. This is something we can do, and we want you to be part of.

You're not the Sex Pistols.
We know. We're just a bunch of old farts who grew up listening to the Sex Pistols. But we all believe Punk shouldn't be a nostalgia trip, it should be making people feel uncomfortable and question things in the here and now. We'd love to see a crop of young bands out there holding the system to account. If you really think we are a worse problem than this government you are on the wrong website.

You're just doing it for the money/fame/publicity etc.
We're not grifting for sponsorship deals. We don't monetise our social media. You won't see us having selfies with celebrities at events we've blagged into. That's just not us. The Kunts is made up of me, Kunt, a songwriter and performer who has been doing this sort of stuff for well over 20 years, and 3 of my old mates - all musicians who work full time jobs in the real world. We are 4 blokes who live in normal houses in Essex who are fed up with posh, rich, entitled cunts running this country into the ground and just want to fuck things up a bit. We have no record company or promotions company - we do everything ourselves, so a campaign like this takes 2 - 3 months work to set up. We sell the downloads as cheaply as possible - major record labels charge you 79p or 99p, we put ours out at 59p (the minimum you can charge - the platforms and distributor also take a cut of that). We pay all our remixers and collaborators fairly. Some of what is left over gets put back into the next campaign, so the videos you see are funded by last year's campaign. Some is used for living expenses. We donate some to charities that matter to us but we believe this should be down to personal choice, rather than the default setting for creative endeavours. We would never use charity to try and make people buy records or promote our image. If you like the campaign, back it. Food banks do amazing work. Support them. The fact that they exist at all in the UK in 2022 is part of the problem.

Why do you release so many versions?
Because we are up against major label artists who get radio play and publicity from the likes of the One Show and BBC Breakfast, we have to find a way to level the playing field. We and the remixers try and make the alternative versions as worthy of your 59p as the original Single Mix. Sales of all the various versions get counted together for the main chart at the end of the week.

Does streaming really make a difference?
Yes. Even though it takes 100 Premium Account streams (or 600 free account streams) to make up the equivalent of 1 sale, without the streams the song would not chart. Both the Boris songs got several million combined streams and finished up at number 5, our Prince Andrew song achieved much less (around a million in total) and only peaked at number 20. Streaming our carefully curated playlists for the whole 7 days are the most effective way to support by streaming.

Thank you for taking the time to read this. 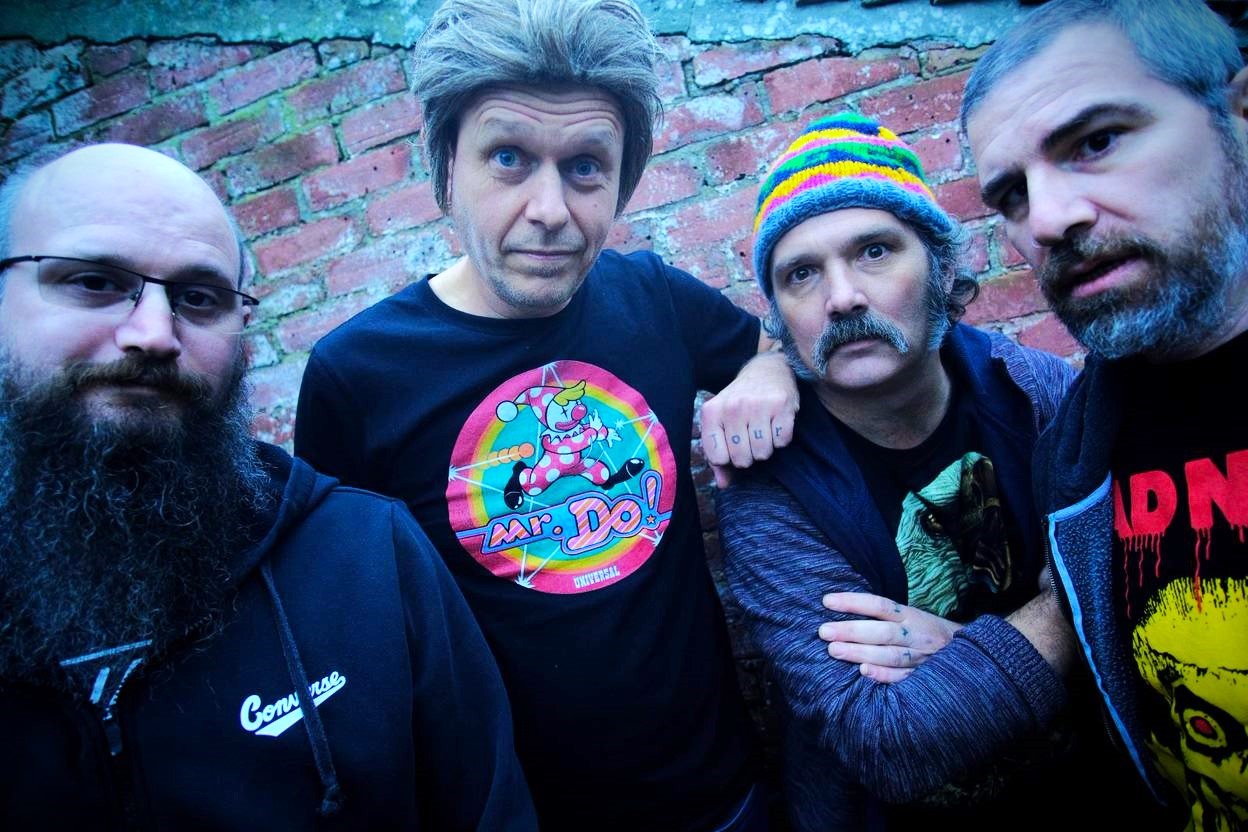 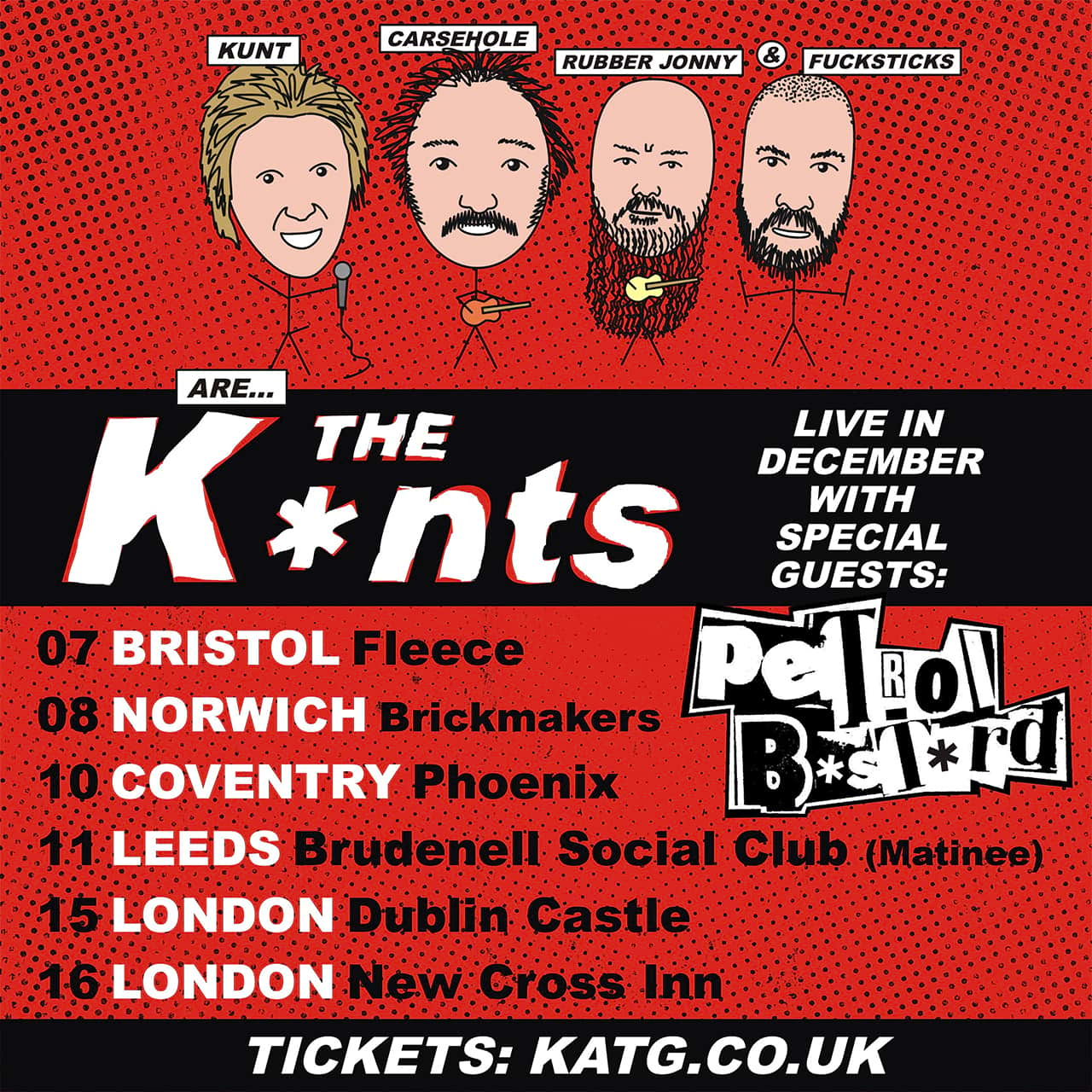 The Kunts on creating the unlikeliest contender for Christmas No.1 - 19/12/22